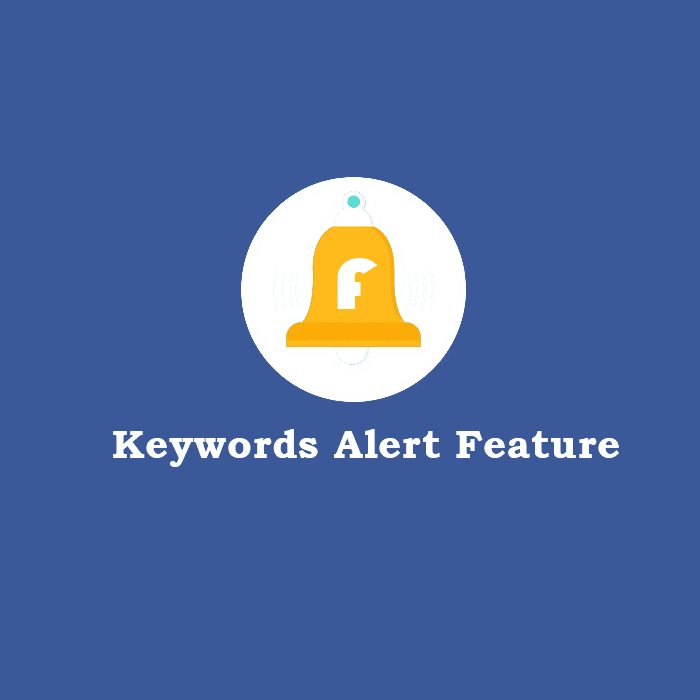 To help manage Facebook Groups, Facebook tested a  feature of ‘keyword alerts’ for group admins or moderator as per the reports.

Facebook Groups are no more those small interacting hubs. They are getting bigger and better, Facebook is going to establish this once again. Now, the group moderators will receive an alert if a Group member is using a particular phrase, word or name. This feature is going to make things easier and sorted for the admins to monitor and discard irrelevant interactions in large groups.

The feature was spotted and announced by a Facebook Code hacker, Jane Manchun Wong @wongmjane, who tweeted:

“Facebook Groups is testing “Keyword Alerts” for admins and moderators. They will receive an alert when a member uses a word, a phrase or a name.

This will be super useful for those who moderate large groups.

The announcement clearly indicates that this feature is going to assist admins and moderators in tracking spam or irrelevant posts in Facebook groups. Please note that due to the involvement of third party, this feature has been implemented. But currently, it’s under the testing process, and has not been incorporated officially by and for Facebook.

(See also: How to increase 5 star rating of a Facebook Business page)

A Third party tool, aidrocket.com allows you to monitor the Facebook Page and search with specific keywords on Facebook groups/ pages.

Although, with the help of the tool, the businesses can manage to stay connected with potential customers. In large Facebook groups, it’s critical to go through all the relevant and irrelevant interactions at once.

For now, there is no official declaration by Facebook regarding this new feature. But social media experts have started to give their verdict and consequences of ‘keyword alerts’ feature. There is going to be a probable shift in the inclination of social media management as they emphasize more the quality of discussion on Facebook groups. According to the prediction of experts, social media monitoring will be scrutinizing more closely on enclosed group discussions in the future.

This minute change is probably going to open a broader avenue for group interactions. Social media moderators and businesses together can bring substantial improvement in discussion groups.

Let’s wait till Facebook officially announces the changes reported by industry sources. Facebook knows how tricky it can be to handle so many users together on a group. Hence, to predict how effective it will be is still a question.