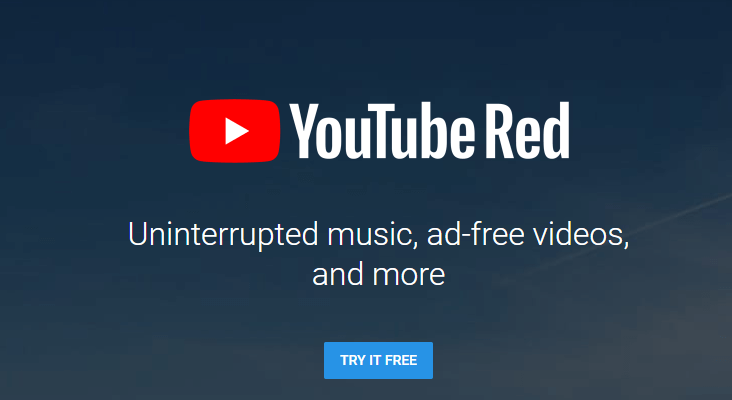 YouTube is no more restricted to be known only for a vast video library, the expansion of it has been launched via YouTube Red, which would primarily be focussed on music, with an objective to grow the market of music listeners and viewers. Although this is not something new, intact few major players are already in this area such as Spotify, Netflix, Apple Music, SoundCloud and more. Whereas, Google’s YouTube Red is going to go global as more than 100 countries would be able to get the access to this platform. Google is working on to make YouTube Red a phenomenal network for music only. This would be a complete music service, which will be offering a wide collection of music videos.

The specific characteristics it would be adding is that the viewers would be able to watch music videos without any interference of ads. Also, the videos can also be played in the background and offline mode. To add a surprise for the audience, Google will be adding YouTube Originals as well. In the early July 2017, Google announced the merger of Google Play Music with YouTube premium service, which now seems to take place in the name of YouTube Red. In October 2015, Youtube Red was rolled out in the US with ad-free viewing and access to exclusive content. Other countries like Australia, Mexico, New Zealand, and South Korea were also among the few to access this service. But now, the scenario has been changed for more than 100 countries only for good.

Initially, when it was launched in 2015, the monthly charge was $9.99 per month, due to which the reach and usage were limited, YouTUbe Red could not make its grip in the market as expected. While Google was trying to push this music service among users, due to its continuous playing of multiple tracks without any interruption of ads. Yet the features were not worth-using with respect to the cost per month.

(See also: How to Get Paid for Youtube Video Views?)

With some impressive changes, YouTube Red is re-establishing the market for itself. Google wants to make it the first preference for any music listener by giving access in offline mode and background play is also possible. The earlier subscription charges will now be divided with rights holder, which will give creators a chance to earn profit without seeing ads. This is a deal no one music service is currently able to offer to the listeners, with such wide acceptance and user base, YouTube Red seems to fit in all the requirements and demands a user expects from a music service.

For other competitive online music services, it would be a big challenge to overcome. In fact, if Google would be successful in providing all the announced features, it would be almost impossible to beat it. After capturing the title of the biggest video library, YouTube Red will become the most popular music service for all ages on a global level. Even a greater challenge for marketers to promote their music.