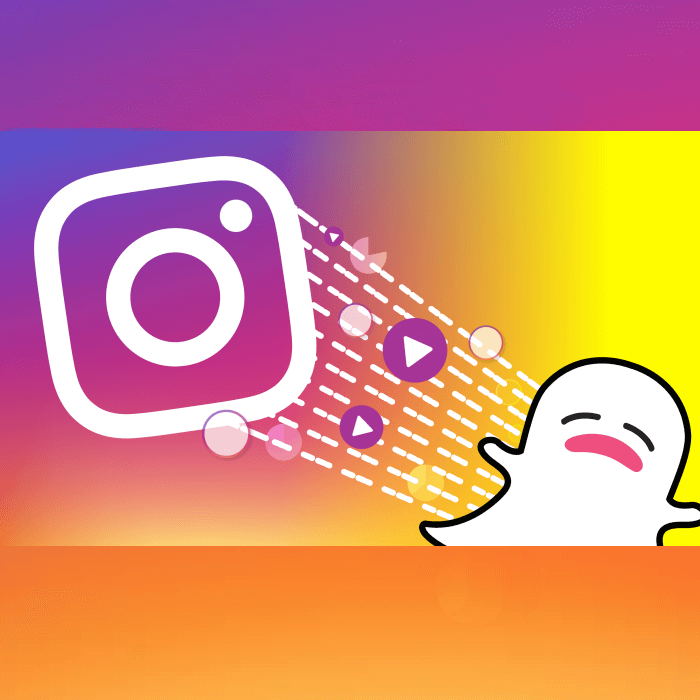 Instagram, a small baby of Facebook which was not solely relying on the originality it started with but rather experimented by copying few features and techniques from Snapchat. Most prominently seen was the touch of Snapchat stories. But the surprising part about it is that Instagram stories feature are getting a much better response as compared to the Snapchat stories even though it’s not original yet it’s getting a great response. Almost half of the businesses are producing a story, which has posted the use of app up to 32 minutes daily.

To be precise, Facebook’ s attempt to outsmart Snapchat through Instagram has been a successful mission. As part he reports, the monthly active user base of Snapchat has fallen off from 17.2% to only 5%, also the price of IPO has come down to $13 from $17. Whereas Instagram stories are growing compared to Snapchat, Instagram has around 250 million daily users and Snapchat has almost 166 million users. In short, per day usage of Instagram is 30 minutes more than Snapchat’s daily usage.

Even from the analytics reports, users are switching from Snapchat to Instagram. Some of the party tricks and cases of Snapchat are copied very well by Instagram like bunny ears, koala ears and some other unique and popular tricks like dog face, especially used in memes. All these implementations have really helped Instagram in enhancing the quality and quantity of user base.

Apart from surpassing the record and features of Snapchat, Instagram has modified its direct feature into a complete Private messaging service. By allowing the users to send messages that will disappear soon after they are sent gives them a sense of freedom, please and in a way removes away the burden of getting saved. This clearly can be noticed from the growth of monthly users, which has reached upto 375 million since April. Influence of Snapchat on Instagram is visibly evident as it has now become one of the most popular messaging apps across the globe after WhatsApp, Messenger, and WeChat. This direct messaging service is also a way for advertisers to attract customers and Instagram is making good use of it.

The expansion of Instagram has also compelled Facebook to add stories in the format of the app.

Though for some users features of ‘stories’ is a process of fatigue as its bombarding with so many features together and it becomes a bit difficult for them to keep up with everything. Hence, on one hand, Instagram and Facebook are popularizing the stories and they are commoditizing it in a way as well. Instagram has also added custom geostickers, which has been created by people from Tokyo, London, Chicago and Madrid. Instagram launched these new features in New York City and Jakarta, which were quite similar to the recent stickers of Snapchat. In addition to it, Instagram’s hands-free camera has now a countdown for recording, so that you can decide the best timing you want for a story to start and end.

See also: Why Instagram is more preferred than Snapchat?

As of now, the only feature that can be considered a left out feature by Instagram is Selfie masks by Snapchat. But with Instagram stories getting so much popular on a per day use basis, advertisers are likely to give first preference to them rather than considering Snapchat as its user base is not even on par with Instagram’s daily user base. Resultantly, Snapchat ‘s growth drastically dropped down by 82 percent since Instagram has been launched. The situation is expected to improve and a slow growth can give competition to Instagram. For the dominance as a sharing medium, Instagram is going to give tough time to Snapchat.