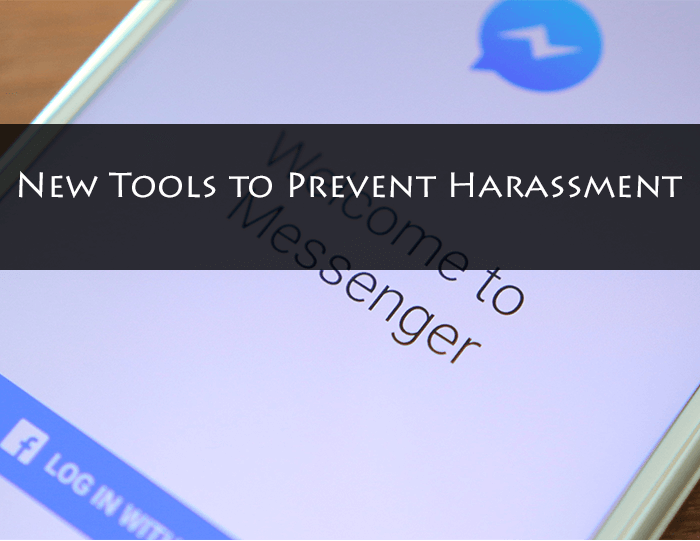 Like other social media networks, Facebook has come up with improved tools in order to combat on-platform abuse and harassment. This update is, for now, to be introduced on Messenger, where 1.3 billion users can possibly be affected by various kinds of misuse.

Firstly, Facebook is ensuring to block all the new accounts that are created by previously blocked users. And this step seems to be a strict action based on the stories and responses users have been giving. As per Facebook, users have shared their stories that explain how blocked users create another account on Facebook and continue to harass an individual user. Therefore, to overcome such situation, Facebook is updating existing features which would help in preventing fake or inauthentic accounts.

On Twitter, users encounter such problems regularly and they can immediately block the account they get harassed from but that’s not enough few minutes later they are back to attack you from a different account. And this year, Twitter came up with a solution to curb this condition. And now Facebook seems to implement similar step to Messenger, under this new system the IP address will be detected of the person one has blocked, and if the person initiates to establish a new account from same IP address, the request will be denied. The person won’t be able to contact you but you can connect with the person if you wish to.

Another smart alternative introduced by Facebook to avoid messages from unknown contacts is by moving those messages to ‘Filtered Messages’ tab. This simply means if a user is being harassed, then blocking a contact sometimes leads to further harassment through offline mediums. There are various groups who work with the survivors of domestic violence and those groups suggest that seeing those messages are sometimes beneficial as they can assess whether there is further risk involved or not. Hence, as a solution, the new option will allow the users stop notifications coming from a particular account of the harasser. Also, the person on the other end won’t be able to know if you have seen or read the message. In short, they won’t be able to bombard you with messages, whereas on the contrary, you can decide your own move as they won’t be able to know what you are up to.

For now, the option is available for one to one communication but soon it will be introduced to group messages as well.

Although there is no complete solution, offenders can still find out a way to get through on Facebook. Plus, Instagram is equally concerned about the issue and negates such behavior by using advance detection system, in which Twitter seems to lack any such option to avail the users. Even after having so many features to eradicate this problem, yet negative elements exist on all social media platforms. And in response to this, networks are constantly coming up with new ideas and features to facilitate the users so as to protect themselves from any kind of harassment.