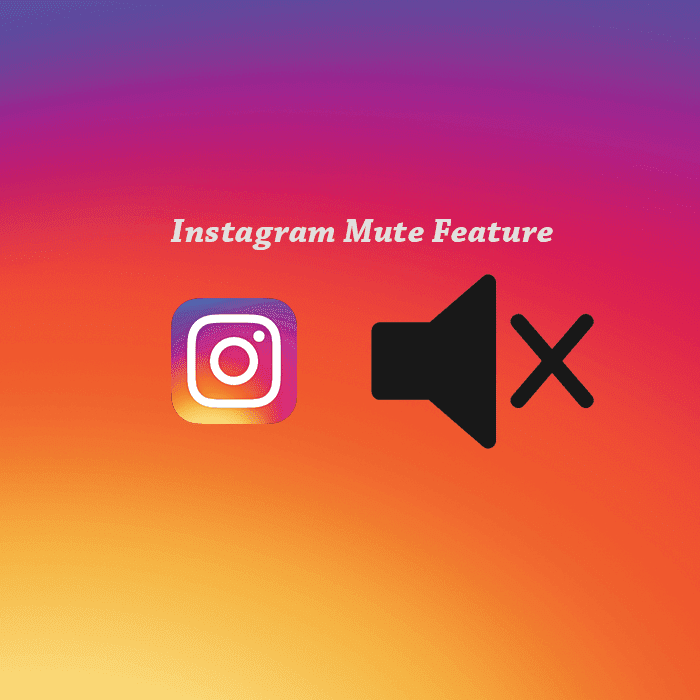 Instagram has come up with a new feature, i.e. ‘mute’ to be added as a solution  to consumer convenience. The accounts already being followed can be muted at any point, if required without unfollowing that account. This seems to be a well-thought-out feature, sometimes users just don’t want to see the updates from a particular member they are following, they can be a friend, family or colleague. Hence, the idea is to get things done without upsetting or causing any harm to other’s sentiments. You can simply mute the updates coming in from their side, without their knowledge.

This new rolled feature is going to expand the overall control of a user over Instagram’s algorithm. Basically, the user can easily pick up the ones they like and leave the rest, a customized approach has been followed. According to the users’ interest, one can prioritize the feed they want to see on Instagram, which is an extension of giving users control over updates from the accounts they follow.

To mute the account, you simply need to ‘Tap’ on the menu at the corner of the post and select ‘mute’ option, available on both posts and stories. Another way to mute is to press and hold on a story from your profile, and the muting options will appear on the screen. Apart from this, Instagram is going to launch another feature soon called’ You are all caught up’, as per the reports, though there is no confirmation on this yet.

This initiative by Instagram is definitely a step ahead to curb social bullying or any kind of harassment if someone is facing. The ‘mute’ feature is applicable on posts, stories, by other people and pages. Although you are still able to see comments, view profile, it’s not mandatory for you to see their daily feed on your timeline.

The best part about this feature is, when you ‘mute’ a particular person’s account or post, they would not know about it, which is another addition to maintaining a sense of privacy of a user. Plus, the mute option has a reversible consequence, which is to go back again and start following the same account, without notifying to anyone or going public about it. The same feature has already been adopted by Facebook, also the pioneer of Instagram.

In Instagram’s official declaration, it has been mentioned that the decision is primarily taken to improve the user’s experience. They mainly focus on making Instagram the best place to share and connect with the people, they are interested in.

The introduction of muting will remove all the extra baggage that more or less everyone must be carrying in their timeline as feeds. You are not required to unfollow or do changes in the numbers you are following, it will not be affected anyhow. It will only improve the daily usage that you have been looking for.

Earlier this month, there were rumors about returning of the chronological timeline on Instagram, which now turns up to be nothing but a rumor. Users are appreciating this addition, it’s much more fulfilling for them while choosing what they like and rejecting what you don’t want.

In a way, they can go clutter-free and do it as many times as they wish, without taking permission or declaring any of their choices, publicly. People from all over are going to like this feature, the reason being its flexibility and ‘no announcements required’ trait.

Please note that even if you are tagged in the post, you can mute the post or story, without unfollowing the accounts and even hide the activity from them.