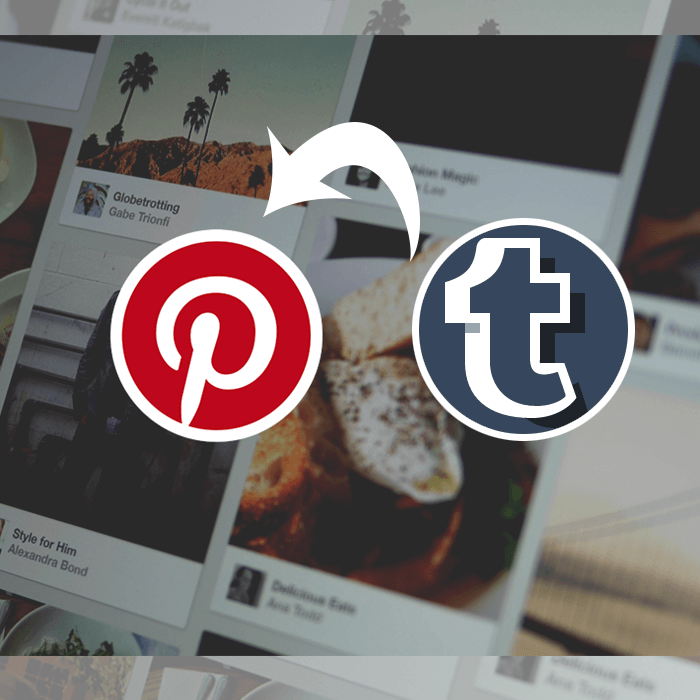 In case one is inclined to share visual content particularly, Tumblr and Pinterest both are designed to offer best services to the users. Being the best social networks in terms of sharing pictures one can share content from one network to another. Although it’s a bit difficult to do that, there are some tricks to follow while doing it as it’s not something that both platforms are comfortable with.

If one wants to post pins from Pinterest to Tumblr, then it’s quite easy. You can use an automated method called IFTTT (If This Then That) this would automatically allow the Pins to post on Tumblr, with the help of RSS feed. If you are planning to do the same thing from Tumblr to Pinterest, it would be a bit tricky and difficult to achieve.

The following is a detailed description and process of how to use this method as a convenient tool to pin images from Tumblr to Pinterest:

It’s a simple procedure for those who already know about it, but for those who haven’t used it before. Anything on the web can be easily pinned to your Pinterest board, which is done by selecting the ‘Pin it’ button option. This can be found on the Pinterest Goodies page. You just have to click on the ‘Pin it’ button and drag it till you drop it to the bookmarks bar of the browser. Alphabet ‘P’ would automatically flash, if your attempt is successful.

See also: Pinterest Search Ads: All You Need to Know

For choosing the content to be pinned, you must browse your Tumblr dashboard more till you find something interest to pin it from there to Pinterest. To put the right source URLs on your pins, you can also click on the post so that to add the live post to be added to Pinterest.

Click on “Pin it”, it will automatically take you to the site where you will find the selected images from different sources. Please note that this method is successful with any other website as well. You can pick any image to pin, all you need to do is to roll the cursor of your mouse on the image and press ‘Pin it‘ button, after that you can choose the board and fill in the details. Pinning an image directly adds it to the boards, which is helpful especially when you do not want to save images on your device and then uploading it to Pinterest.

Sometimes this tedious process is a bit annoying for the users, but Pinterest is likely to have a better option for automation of Pins in order to share visual content from one platform to another.