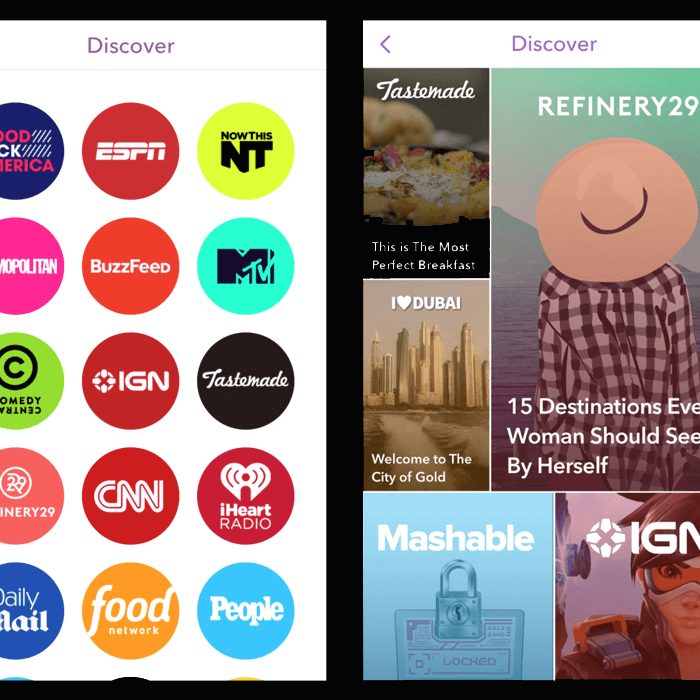 Snapchat is about to initiate a new design for discover feature that will be an authentic source of news, this update would automatically reduce the chances of circulating fake news all over. Now the point is, how it will be executed successfully? For that, Snapchat is going to stop the false information by ensuring that such sources or content is flagged as sensitive material or subject, now the categories can be various such as sex, violence, or any controversy.

A new improved roll out by Snapchat for its iOS and Android users to combat circulation of fake news is ready to be used after a small beta test was conducted with few android users. It offers a new search option, which eases the process of chatting with your friends or group. Latest updates from friends and groups will also pop-up to make access easy for the users. Also, the search bar has got a refreshing look in terms of visual appeal. New trendy animations, card-based swipe system to switch between the camera, stories and chat screens are few examples of improvements that Snapchat has to offer. It has made the swapping much easier. Along with this, Snapchat has come up with Bitmoji, which was bought by the company last year. You can use customized avatars to pretend that they have one by representing your friends with them.

Though there are few guidelines for the publishers while using ‘Discover’. As per the reports, Snapchat will act strict against those images or headlines shared by any source without editorial value. It’s an attempt to stop fake and bogus information from coming in. Further, Snapchat is planning for the introduction of age-gating tools for the publishers so that it can prevent inappropriate content to be seen by the minors.

Recently, Donald Trump, president of the United States indicted that spy agencies have been using Nazi tactics, ‘fake news’ or ‘phony stuff’ was leaked about him across all social networks. Although, sometimes such information is circulated by anonymous sources just to sensationalize a topic and gain publicity on social media. It’s a new way to get leverage without causing much damage.

The company’s aim is to make it informative, safe and factually correct for every user of the network, though it cannot be considered even close to that but still attempts are going on make Snapchat a reliable source of news. It’s a tough task for any social channel, a big challenge to get a hold on fake news or sources or you can say almost impossible to zip each mouth from spreading false news. But platforms like Facebook and now Snapchat are trying to categorize such content and flag them as fake or spam, this is the least they can do as of now and rest of it also depends upon the IQ of the users as well. They should know where to draw the line, if they are so updated by the latest technology and consider themselves responsible tech savvies, before sharing a word they should go back and see if the source is an active user or just an unwanted weed of bogus club. Their aim is to make the most of the non-existing facts, which has to be cross-check and monitored by all networks somehow.