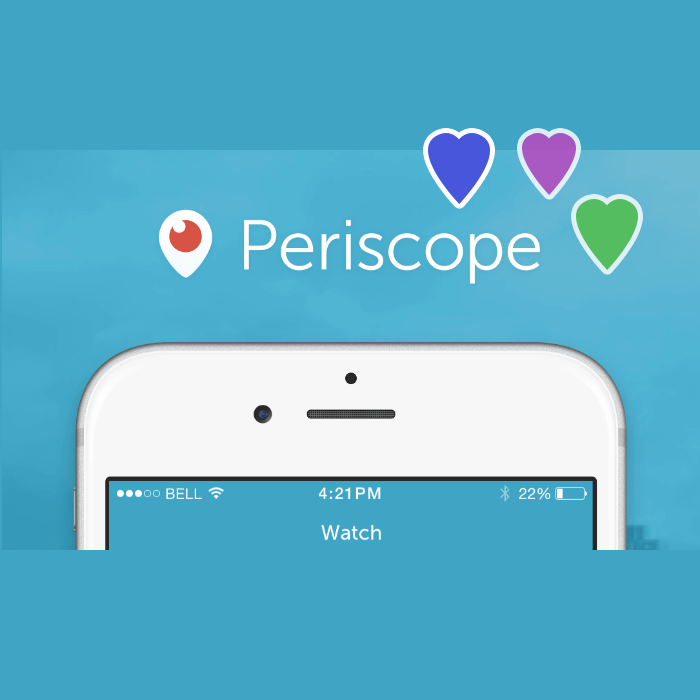 Periscope being a live streaming app has a set of rules to make your efforts count and goals accomplished. You got to know about it before you expect realistic output out of it. Periscope is currently having over 10 million registered users out of which more than 2 million are active users. Plus 350,000 hours video streaming that goes live on a daily basis. Undoubtedly, it’s getting decent viewership as about 15% of active top brands on twitter are using it as promotional tool. Here are some tips to be able to receive more hearts while live-streaming on Periscope:

Initially, when you stream live your video Periscope will take your Twitter bio as your periscope bio. Hence, make sure you add all relevant points and info to it, so that viewers know about it before they choose to see it. Pick a clear image or icon as your profile picture.

‘What you say’ can become a major deciding factor for engaging the audience you want to attract. Avoid any negative connotation for any person, object or topic. Keep it lively, full of energy and don’t let its pace drop by any chance.

When you pick a title, it should describe the topic you would be talking about as you go live. More viewers will join in if you would put an interesting headline, which must activate many curiosities in the audiences mind. You can also add Emojis to make it more expressive. Please note that if it doesn’t excite the viewer, it cannot be a success.

Twitter being the parent of Periscope would automatically tweet it out for you on your behalf, when you go start live stream. After which you got to wait for few minutes, which isn’t the right way. Instead of doing that, you can post it before 5 minutes before going live; this will help you engage a larger number of viewers when you start your live scope.

Katch assists you in saving your live periscope automatically while you are recording it. It’s a great tool to use as Periscope does not save it and is designed to show your recorded video for 24 hours only. But to keep it safe for future purpose, you should simultaneously record it.

You can post your recorded part On YouTube, this will engage more audience than you expected on Periscope.

Tell them where they can drop their views in case they are viewing it later or on replay. They can leave their comment, questions discussed in the scope. You can also request the same when you upload it on YouTube as well. Where people can drop their ideas and discuss.

Getting more love or hearts in Periscope can help you gain better ranking, it adds bonus to your scope as they are also visible to the viewers who join in later. You can also get to know from where these hearts are coming in. But make sure you don’t plead for them, make a gentle attempt but not a rigorous effort.

Periscope completely depends on the topic and discussion you put across for the viewers to invite them for the discussion or it works as an ignition for them to participate. Pick an engaging conversational style throughout the stream so that the viewers don not feel distracted and remain keen to know more about the subject you are talking about or the questions you are putting forward for further discussion via comments.

It’s a persuading message to invoke viewers for the scope. Therefore, it has to be an informative direction like “if you want to know about it, please tap this link and it will lead you forward (to your scope)”. That a gentle way to do it, also it can be authoritative but that is not perceived as a recommended call to consider.