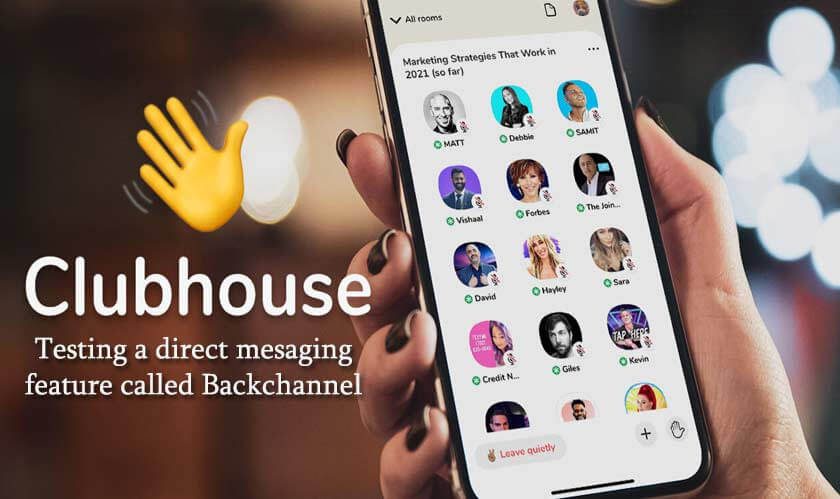 Clubhouse, the latest viral social audio app, left no stone unturned to capture the audience on both android and iOS devices worldwide. To make the app more exciting and valuable for the users, the platform has launched the latest messaging feature, named Backchannel. This latest Clubhouse Backchannel feature will allow users to initiate conversations behind the scenes in the app. Here is everything you need to know about this feature if you are an active Clubhouse user.

Check: How to get an invite from the Clubhouse app

How will Clubhouse Backchannel Feature work for all users on both iOS and Android devices?

Previously, users were able to chat with the other users on the Clubhouse app using the live audio option only. But now, with the Backchannel feature, users can conversate with each other via text messages within the app. The backchannel feature works as both one-on-one messaging as well as group chat. Here is how you can use this latest backchannel features in the app:

Also, there will be a messaging request feature within the backchannel where you can see the requests from people you don’t know. Once you approve the request, the person will be able to communicate with you. The feature allows you to message only those people you already know or would like to know.

The backchannel feature is active for all users within the iOS and android app. It appears as a little paper aeroplane icon on the user’s profile page. If you cannot find it, you can access it by swiping right from the main menu to pull it up. But the biggest drawback of this feature is that you cannot delete messages yet on the app, so you have to be a little aware of the messages you are sharing, as there is no way to unsend them.

Earlier, both the competitors of the Clubhouse app, the Twitter Spaces and Facebook Live Audio Rooms, were providing the option of text messaging in their app along with the live audio chat feature. With the launch of the Clubhouse Backchannel feature, the app is all set to take over its rivals with more user retention. The app has already recorded a high number of downloads over 8 million times on Android devices, with more than 500,000 rooms created daily.

Now it will be interesting to see how this feature contributes to the growth of the app, which it indeed will. If you have any queries related to the backchannel feature, don’t forget to ask us in the comments. For more technology or social media updates, check out our latest articles!