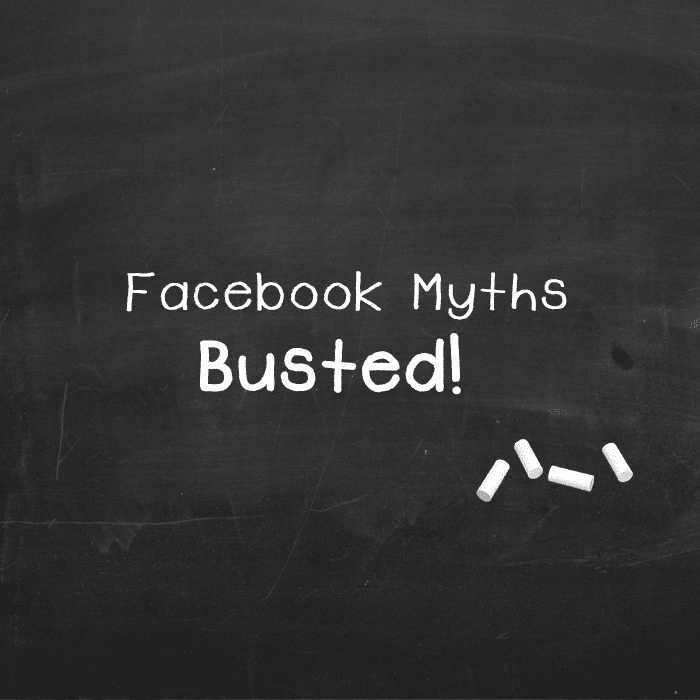 Facebook is an overtly popular social network; therefore it is something that people like to discuss about. Sometimes the updates are relevant but not always. There are many misconceptions and presumptions about Facebook regarding its functionality. Most of the users believe those myths, which in fact don not hold any facts at all. Some of the most common myths Facebook are busted below:

A myth is very much firm in the users’ mind that when you post or comment something on a someone’s wall, then the person’s friends can easily access private updates. This is completely false and should not be believed at all. Private information or status update is not something anyone can access to unless the account settings give permission to share with everyone.

This is something no one can keep record of as nobody knows what a user is looking at and browsing on the network. One cannot know who is seeing their profile and vice versa. It works for both sides; hence the power to look at your profile should be given to known friends at least on your end.

Nothing is free in this world, here’s a proof. Most of the users would say we are not paying any money to use Facebook but what about the personal details and information you provide almost every day? You are giving something away even of not money. The more precise your information, the better service Facebook is able to give you, which includes ads. Placing right ads for you leads to profit generation for Facebook. You are a source of income indirectly.

Many use this phrase very often; it’s a waste of time. In a sense that you have to pay attention to it while you are using it and that cuts you for awhile with the ones sitting with you. But on a broader canvas, Facebook has really made this world a well-connected network. People from long-distances stay in touch, old lost friends get in touch again. It keeps everyone updated with the happenings around them whether friends or relatives. In many ways it’s still a powerful medium of communication, connecting so many people at once.

A misconception again that kids does not use Facebook or they don’t seem to relate to it. On the contrary, they stay more connected on the network than those in their twenties. It’s not just that they are interested in networking but other features like games, quizzes, daily apps keeps them engaged for hours. Most of the kids stay online for more hours than the adults.

Though it is true factually that whatever you post, your friends can automatically see it. But the updated algorithm doesn’t allow that every time due to the reason that now the most popular content is promoted. This means that each and every post cannot make on the list and hence your friends are able to see only posts that are getting more response.

Facebook is not the only social network, there so many of them now like Twitter, Google+, Snapchat, MySpace, Tumblr and so on. It’s a competitive virtual world, what is working well today doesn’t guarantee to remain the same tomorrow. Networks start to lose their ad revenue and that’s the beginning of a downfall as far as social networking is concerned. Till the time these networks would keep innovating, the users will keep using them.

Facebook isn’t private till you do not choose it to be so. As a new user one must know that the settings need to be changed if you want it to be private and not public, which it is by default.

Sometimes any message in your inbox from a friend can be a malware or virus. You need to remain cautious, it doesn’t necessarily means that the sender have some harmful intentions but sometimes these unsafe links are circulated to many and no one can identify where it started from. Stay alert while you click on a random link.

Even if you choose to delete the account or deactivate it, it doesn’t mean that it has been removed. In fact, in you log in again the next time; it re-activates your account automatically.