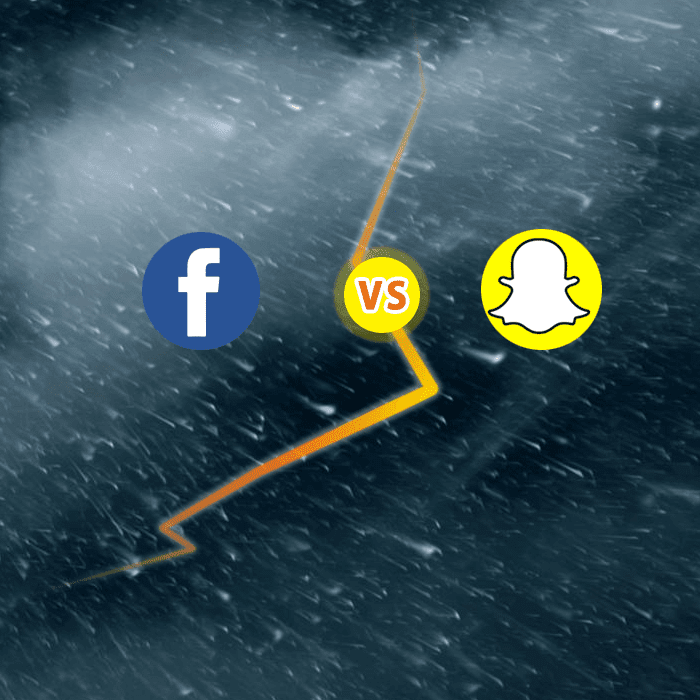 Facebook and Snapchat have been competing since few years in terms of following the features liked most by the users. Especially since Snapchat CEO Evan Spiegel rebuffed Mark Zuckerberg’s $3 billion offer. It has been observed since then both platforms are trying to outsmart each other. In fact, Facebook is trying to incorporate the funky, trending features of Snapchat by giving it a tag of innovation, which Facebook has been struggling with. The primary motive seems to win the race of likability. Snapchat might not be a big company or network as Facebook but the kind of frenzy it has created long the youth is something of its kind. And most of the social apps are trying to understand and compete with someway or the other. Facebook being the biggest social tycoon among all, is trying a bit harder and adopting as many practices to make it work like Snapchat.

As per the reports of Bloomberg, Facebook is worried about the personal sharing as it used to be more than 1.23 billion users per day. Whereas, users of Snapchat is more than 158 million per day. Personal sharing is as important for a network as the newsfeed is for the growth of the network. For instance, while sharing personal statuses and images, the post inspire and encourages the other people to do the same. These shares helps Facebook in getting personalised ads and turns into more profit which is good. The problem for Facebook is that Snapchat allows the user to share intimate moments or anything a person wants to post at that moment, its self-destructive feature makes it a lot more open and liberal for the users to be what they want to be in the moment and they don’t have to worry about who is going to do see or not as it won’t keep it on Timeline like Facebook. This quick and timely feature is the USP of Snapchat, which is responsible for the tremendous growth of this network. And still nobody is able to match up to it.

Facebook isn’t ready to give up yet, has tried few similar tricks to attract the users and give them a feel of Snapchat. In the newsfeed, personal content is being pushed to be on the top but that is just not enough to overpower Snapchat. For instance, Facebook adopted Snapchat’s Story concept to be added on Instagram, which includes a set of snapshots or videos not to exceed 10 seconds time limit. That too will disappear within 24 hours. This attempt was quite foolish on Facebook’s part, it even tried to get away with any such intention but it was too late to justify it as legal.

Although the concept was copied but the execution was not same as Snapchat. The idea of ‘stories’ was similar in a way but the functionality of Instagram stories was a lot more different than Snapchat. Facebook’s idea of ‘story’ didn’t work when implemented on Instagram as the moments shared were filtered, polished o manicured before sharing with friends and followers, Whereas, on Snapchat its is very much instant and raw in terms of quality of the content, It doesn’t have the flavour of show-off unlike Instagram. This allows and encourages the users to be more flamboyant about anything they want to share without thinking twice. No restrictions, no filtration is what the young crowd is looking for and this seems to be the most liked attribute of Snapchat.

Inspite of that, all these introductions in Instagram have made a notable impact on the growth of Snapchat. According to the report of TechCrunch, Snapchat faces a slowdown of 82 % in its growth.

The purpose of Facebook is to create an impression that Snapchat is just not an app, rather just a Throwaway feature. In short, the aim is to capture the market completely, whether its personal sharing  for which yo have Messenger, WhatsApp or Newsfeed of Facebook. Apart from that, adding ‘Story’ feature is another hard reality for Snapchat to face. Whatever might be the case, but the fact is that Facebook stories are giving competition to Snapchat. Therefore, Snapchat needs to come up with something as interesting as its vibrant filters to beat Facebook in someway.