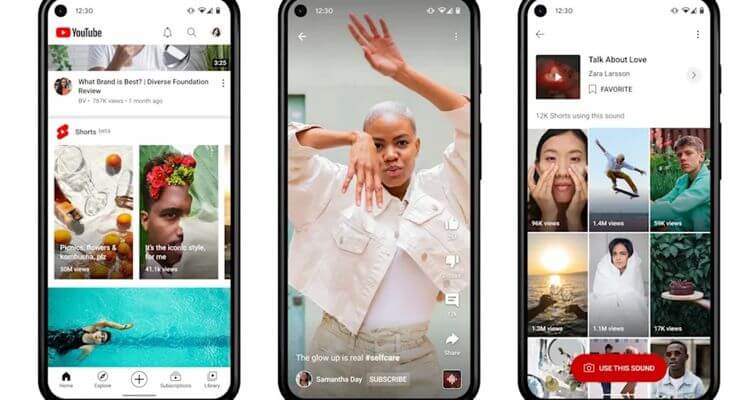 TikTok, the famous short-video app, has gained popularity again after its ban worldwide. Thus, all the social media platforms, be it Instagram or Youtube, are now trying to compete with it. To expand its creators base worldwide, Youtube launches Shorts beta globally, a TikTok-like short video app, for more than 100 countries. Youtube shorts was initially launched in some limited countries like UK, USA and India as an experiment to check the response, but with its growing popularity, the team is planning to launch the beta version of the Youtube shorts for more countries so that everyone can create content around the globe. Let’s see how this expansion will help Youtube to compete against the viral TikTok app worldwide.

Youtube shorts, a Tiktok-Like short video app, was launched in India last year after the ban of the latter in the country. When launched, anyone could view the shorts in the Youtube app, but only the creators living in selected countries were able to use this feature to create short videos and upload them on the platform. But as the Youtube shorts gained popularity and few other alternatives started coming into the market, the platform is now expanding its beta version Worldwide for more than 100 countries.

With the latest expansion, Youtube is also allowing creators to use sample audio from Youtube videos in shorts through the quick links of the videos they are taking samples from. Not only this, but now the Worldwide creators will use all the editing and creation tools to create Shorts within the Youtube app.

In April, the platform announced that it continues to gain popularity with over 6.5 billion daily views as of March, up from 3.5 billion at the end of 2020.

Creators can access the Shorts feature through a dedicated tab in the app to create short, catchy videos using the mobile phone. With more advanced Youtube’s creator monetization tools, Youtube has chances to get better responses with this expansion than its rival app, Tiktok.

The Chief Product Officer of Youtube has confirmed that the Youtube Shorts beta version is releasing this week to all regions. Although Youtube Shorts is not as popular and viral as its rival app, Tiktok, this expansion can make the app highly competitive to Tiktok worldwide with the expanded content creators’ base.

Youtube launches Shorts Beta Globally to make the content creation tools widely available, which means that now you can expect to see more and more Shorts videos from all the content creators around the globe within the app. Also, the Google service is pushing Shorts’ integration with the broader YouTube ecosystem as a key selling point to promote the feature amongst the diverse audience. It will be interesting to see how the Global Content Creators utilize this opportunity for monetization and how this latest expansion will help Youtube to compete against TikTok in future.