Most Streamed Artist and Track of 2017 on Spotify 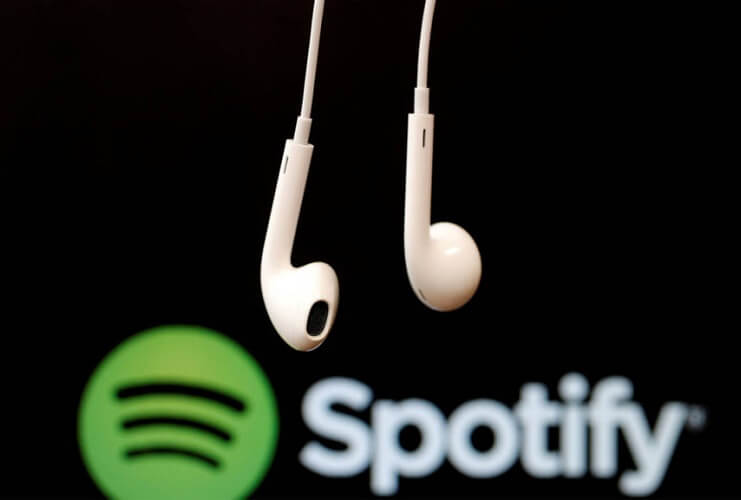 As per the popularity of tracks and artists streamed, Spotify has revealed a list that includes most streamed artists and tracks in 2017. It’s been a year of refreshing music for all music lovers. The song that remained at the top of all was ‘Shape of You’ by Ed Sheeran, over 47 million monthly listeners have made this track the most streamed song on Spotify, which also made Ed Sheeran the most popular artist of 2017 and his album ‘Divide’ was a record-breaking release. Here’s the list of most streamed artists of 2017:

After Ed Sheeran, the most popular artists are three hip-hop stars, along with R&B- Drake. The rest of the list is followed by The Weeknd and Kendrick Lamar. The fifth spot is well-earned by The chainsmokers, who along with Coldplay came up with a brilliant track.

Although these artists were most streamed, liked and talked about according to Spotify.

But the list of most streamed tracks is a bit different, Ed Sheeran remains at the top without a doubt as ‘Shape of You’ got tremendous appreciation from all over and listeners made it the popular choice track of the year. A surprising hit this year was ‘Despacito’, its a Spanish track created by Luis Fonsi and Daddy Yankee, but what drove so many listeners to it, is still unknown. It got such broad attention that the track started to get likes not only from the U.S., rather from all around. Its been a landmark year for Latin music, as per Spotify the listenership has increase by 110%. Spotify has listed 10 latin songs, which are making to Spotify’s Global Top 50. Despacito remix has featuring Justin Bieber was named Spotify “Song of the summer’. In addition to this, Yankee was also given fist position on Spotify in the month of July, this was the first-time honour for a Latin artist. Here’s the list of most streamed Tracks of 2017:

Apart from the most Streamed tracks and artists, Spotify also declared popular male artists and female artists separately that included one of the most-renowned names and their work has been liked on Spotify as well. For instance, Rihanna third time in a row has been titled as most streamed Female artist. Competing with other leading artists like Taylor Swift, Selena Gomez and Ariana Grande Rihanna has made it to the top but still not included in the most streamed artists of Spotify, which means male artists are leading the way whether it’s on Spotify or music industry. Mostly, male artists get instant attention and get popular in comparison to female artists, although Taylor Swift and Selena Gomez both are familiar names and many others for that matter but still they couldn’t make it to the most streamed artists due to the popularity they gained on Spotify.